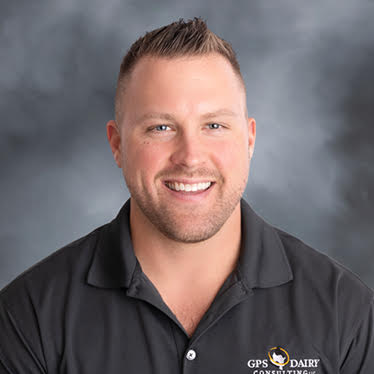 Nathan Pokowski, PAS, is owner of KowFit Dairy Innovations, LLC serving dairies as an independent dairy nutrition and management consultant in Michigan, Indiana and Ohio. He began his career on his grandfather’s farm where he spent most of his summers growing up working for a small beef operation. Outside of farming, Nathan was involved in sports and boy scouts and in 2006 he achieved the rank of Eagle Scout. He attended Michigan State University where he received his Bachelor of Science in Agribusiness Management.

After college, Nathan relocated to pursue a career as a dairy nutritionist in British Columbia, Canada. While in Canada, he helped producers manage quota and produce milk economically by focusing extensively on income over feed cost without sacrificing animal health. As his family grew, he decided to move back to Michigan where he continued his career as a dairy nutritionist for a regional feed company. In 2016, Nathan completed his ARPAS certification, and he currently serves an ARPAS board member.

Over the past 4 years Nathan has worked in allied industry where he has helped manage and budget various commercial research projects that consist of ration analysis, dry cow management, feed and forage management, gut health, and immunity. He has served as account manager and leader for teams across North America. Nathan is passionate about helping producers maximize the potential of the rumen. He believes that high quality forages and dry/transition cow health are the backbones for sustainable production.  He focuses extensively on helping producers harvest and store high quality forages to maximize the amount of forage in the diet.

Nathan currently resides in Michigan with his wife Ashley and two boys, Landon and Easton.